A Quaich(pronounced kwaich) is the old Scots word for a loving cup, and the giving of a quaich was a way of welcoming guests.
Sharing a quaich was a sign of trust: because it was offered and taken with both hands, neither host nor guest could hold a weapon at the same time. Sharing the drink was also a guarantee the contents hadn’t been poisoned!
In today’s slightly less suspicious world, drinking from the same cup is a still a symbol of trust, and because the quaich is still ‘the cup of welcome’, drinking from it can also be seen as a way of welcoming the bride and groom into each other’s family too.
Traditionally made of wood, today quaichs are more usually made from silver, and they’ve been part of Scottish weddings since the late 16th century, when King James VI of Scotland gave one as a wedding present to his bride, Princess Anna of Denmark. You might want to commission one, and have it engraved, as Glenn and Freddie did for their wedding at Dundas Castle.

You can drink whatever you like from the quaich. Sarah and Ali went with whisky, which produced some wonderful facial expressions from their families!(Thanks to Marshall and Elaine of Marshall Hall Photography for the pics) Or you might decide to have a nice cup of tea, like Harriet & Stuart, but remember, if it’s made from metal, it will get hot! 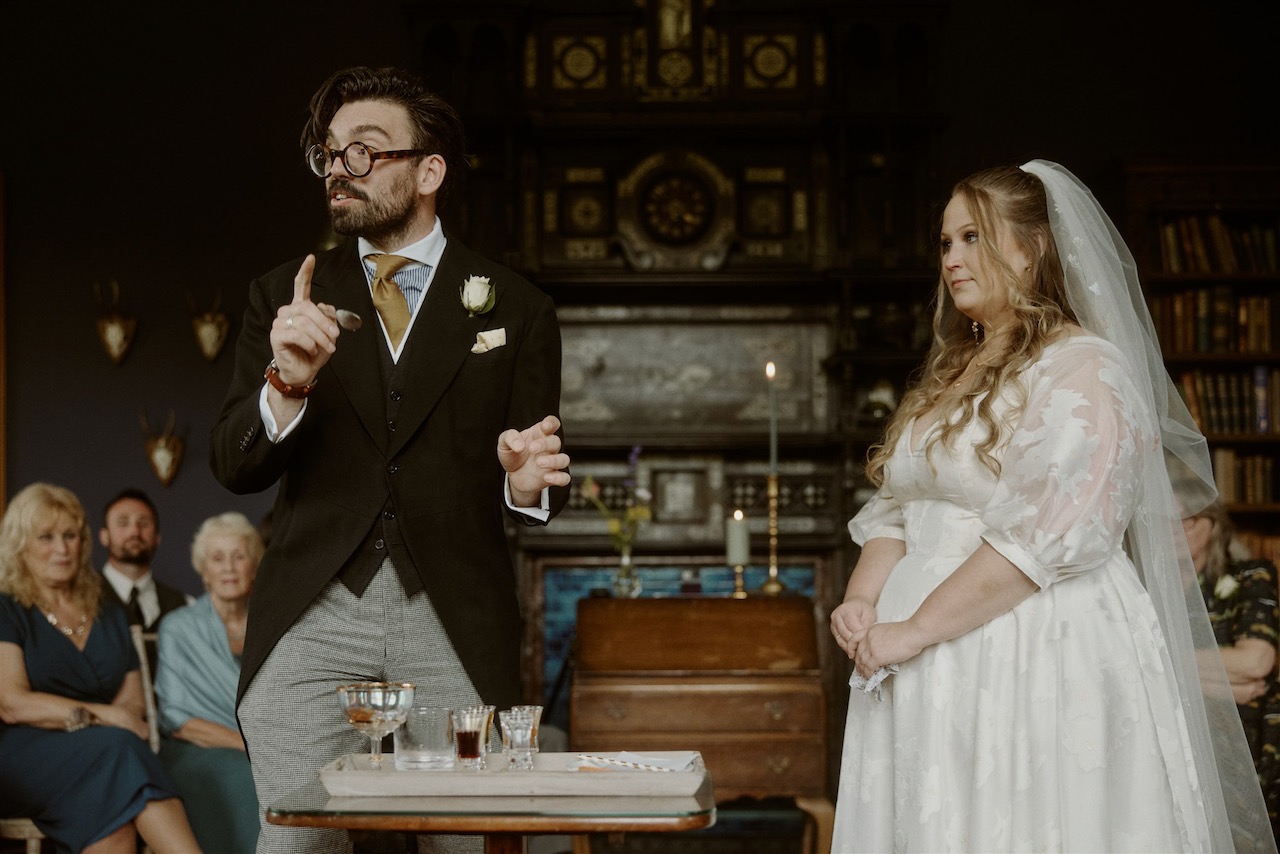 Raynette and Joshua brought a whole new level of imagination to the quaich ceremony with their Wedding Breakfast Cocktail and you can read more about that here.