Step by Step Guide to a Humanist Wedding no.10 – Rehearsals – Who Needs ‘Em?

I don’t think anyone absolutely NEEDS to do a rehearsal, and I know that on the day, everyone will do pretty much what I tell them. BUT if it’s a big production number, with flower girls and bridesmaids and multiple contributors, then I think it’s worth taking the time to ‘block it out’. Or as we say in plain English, work out who stands where and says what, when. 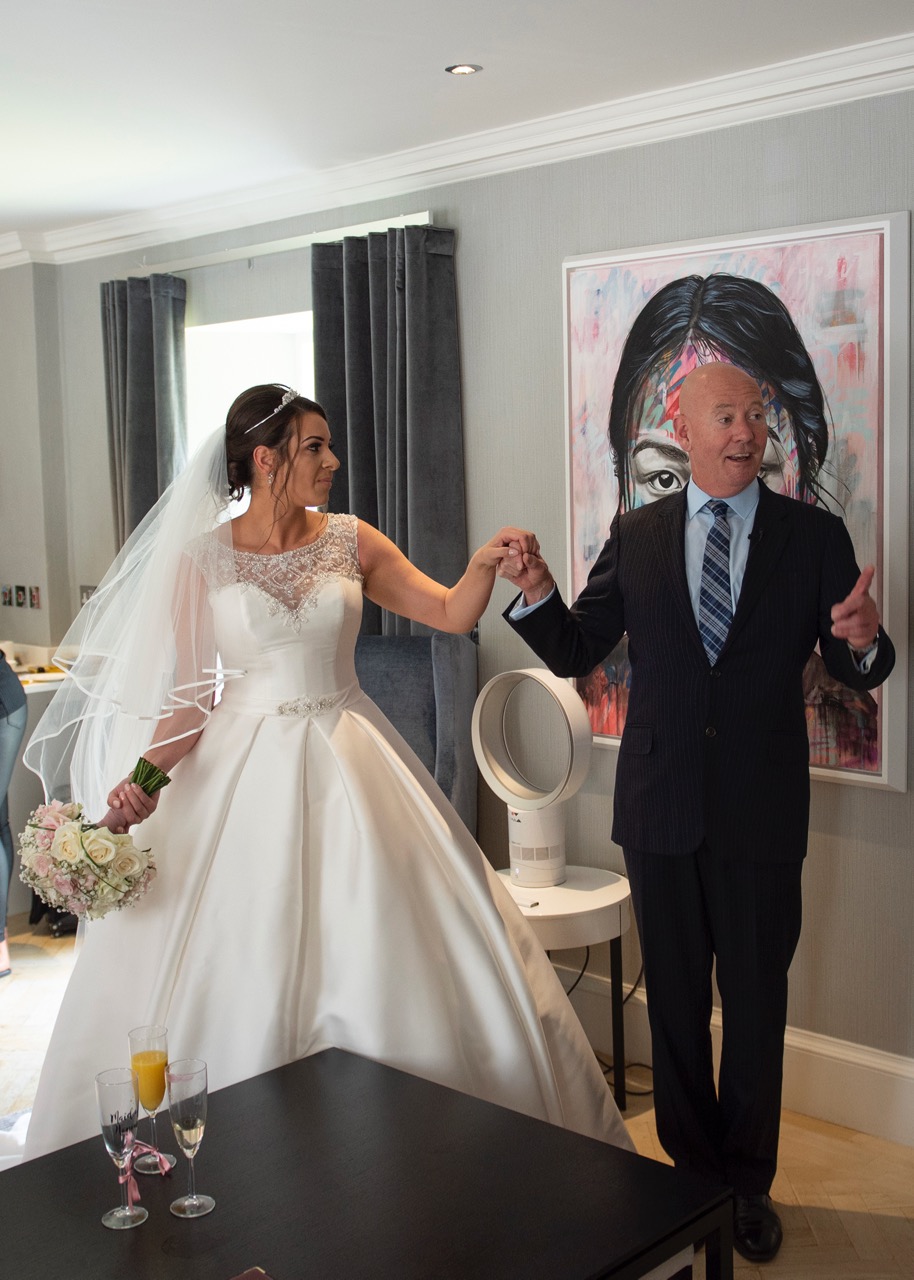 Wedding rehearsals can be a scheduling nightmare, with bridesmaids flying in from other parts of the world, and best men not being able to be there, but even if it’s just the three of us, it’s well worth taking half an hour so that you know how you’re going to come in, and where you’re going to stand, and how you’re going to speak your vows. And it’s also a chance to work out how you’re going to look one another in the eye, while holding the left hand of the person opposite you, and slipping a ring onto their finger…

So what I generally recommend is that you just come over to my place and we go through it together, and afterwards, you can brief everyone else in your own time. It’s much easier, you can actually practice speaking your vows without anyone else being there to overhear them, and it solves all the logistical problems.

The photo above comes from Raymond Keith who caught me giving Carly a quick rehearsal before she made her grand entrance on the day she and Gordon got married at Carlowrie Castle. That was a great ceremony and you can read all about it here!

If it’s a ‘public’ rehearsal – or in other words, one with the full cast and crew – what we WON’T be doing is rehearsing the dialogue – that should remain a secret until the day itself. But it’s usually a help for the best man and the bridesmaids, and the people who are doing readings. It calms their nerves. And it can answer some questions. If the people who are doing readings can make it, I’ll generally ask them to read a few lines to me.

Ask them to bring something to read  – not the poem or prose extract itself – so I can tell if they need to speak a bit louder. (Most people need to turn the volume up a little…) And your dad knows that he’s going to walk you down the aisle, but then what does he do?

Photographers and video people may find it useful to see the venue, so they know where the light will be at a given time. 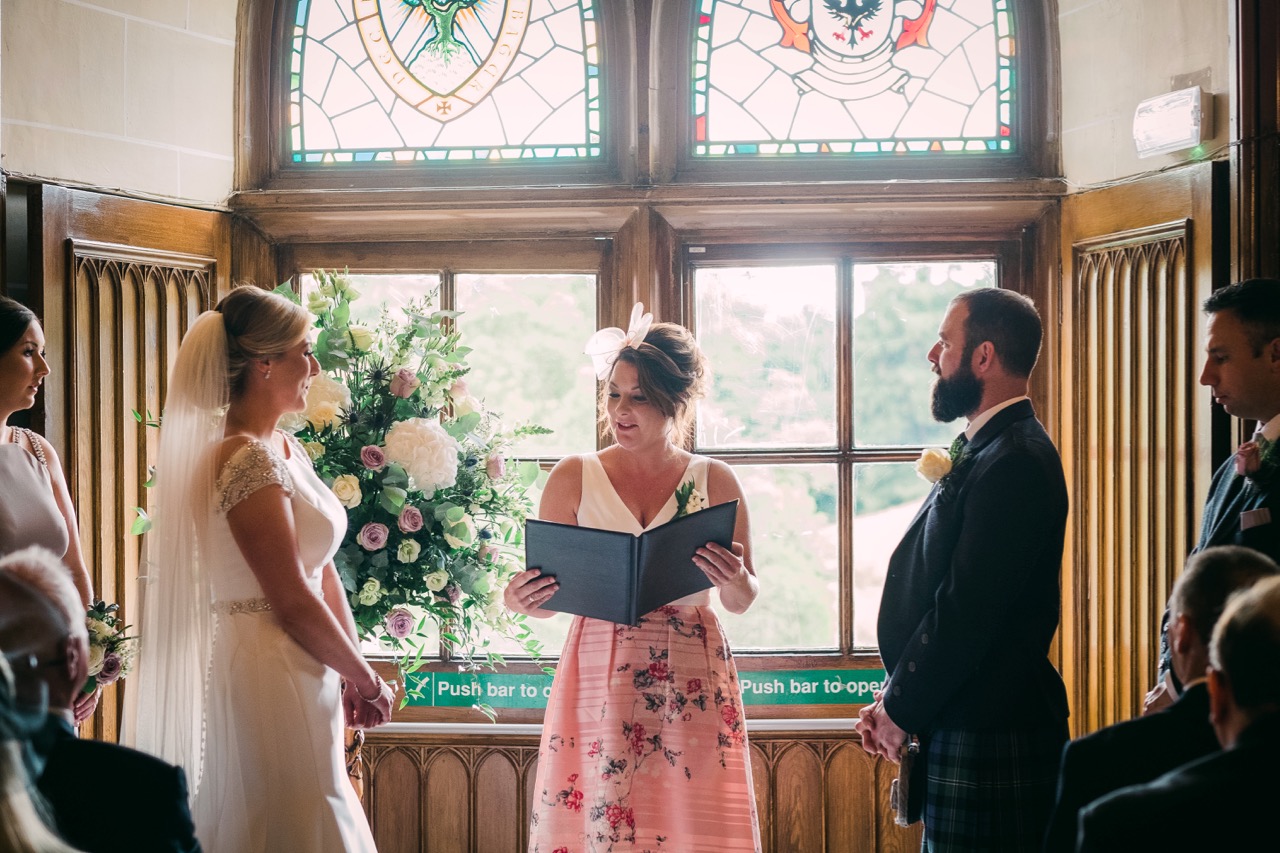 It’s also a good time for them to become aware that you aren’t going to be standing with your back to your friends, as is usually the case in religious ceremonies, and set up accordingly. 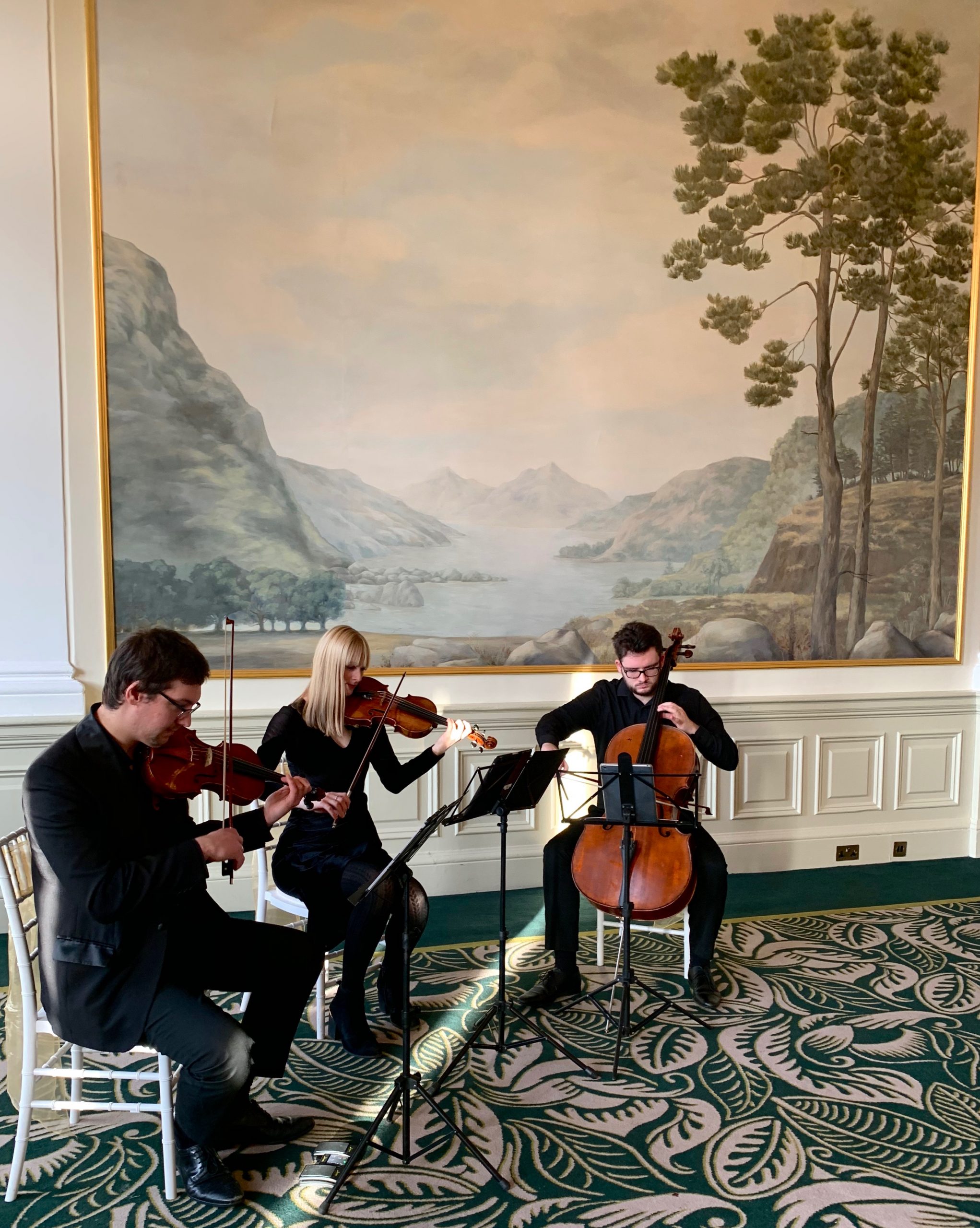 Musicians can work out the acoustics and whether or not there’s room for all their kit. All small worries in the scheme of things, but they can all be addressed in a rehearsal. We don’t need to rehearse at the venue – which can be a help, as venues are often busy, so I often hold them at my house, or in the garden outside. That way we all know where we’re going to be when we get to the venue, whatever that’s like.

But if we can all go to the venue, then I’m happy to join you there. A good time for a rehearsal is TWO DAYS BEFORE the ceremony.

That way, when I ask to see your Marriage Schedule, and you give me a blank look and say, “What’s the Marriage Schedule?”, you still have a day to go to the Registry Office on your knees and beg them to sort it out for you.

But I hope this helps you decide what you want to do.

PS: if for some reason we can’t organise a face to face rehearsal, we can go through everything over Zoom. I’ll give you every bit as much time as I would if we were meeting up in person, and that means that you will be perfectly prepared to brief your wedding party, wedding planner (if you have one), musicians, photographers and videographers. I’ve done Zoom rehearsals many times since I first wrote this post and I know they work well – and they save you the cost of my travel too, so bear this option in mind…