I was invited by the Scottish Government to speak at their Ceremony of Remembrance earlier today at St. Andrew’s House in Edinburgh. It’s the first time that a humanist has ever been part of an official event of this kind, so it was a great honour. 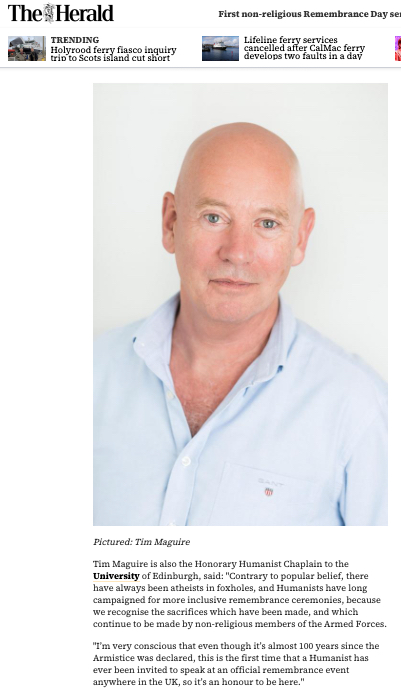 The Armistice was signed at the eleventh hour of the eleventh day, so it seems fitting that on the 99th anniversary of the end of the First World War, the sacrifices which have been made, and which continue to be made by non-religious members of the Armed Forces are finally being recognised.